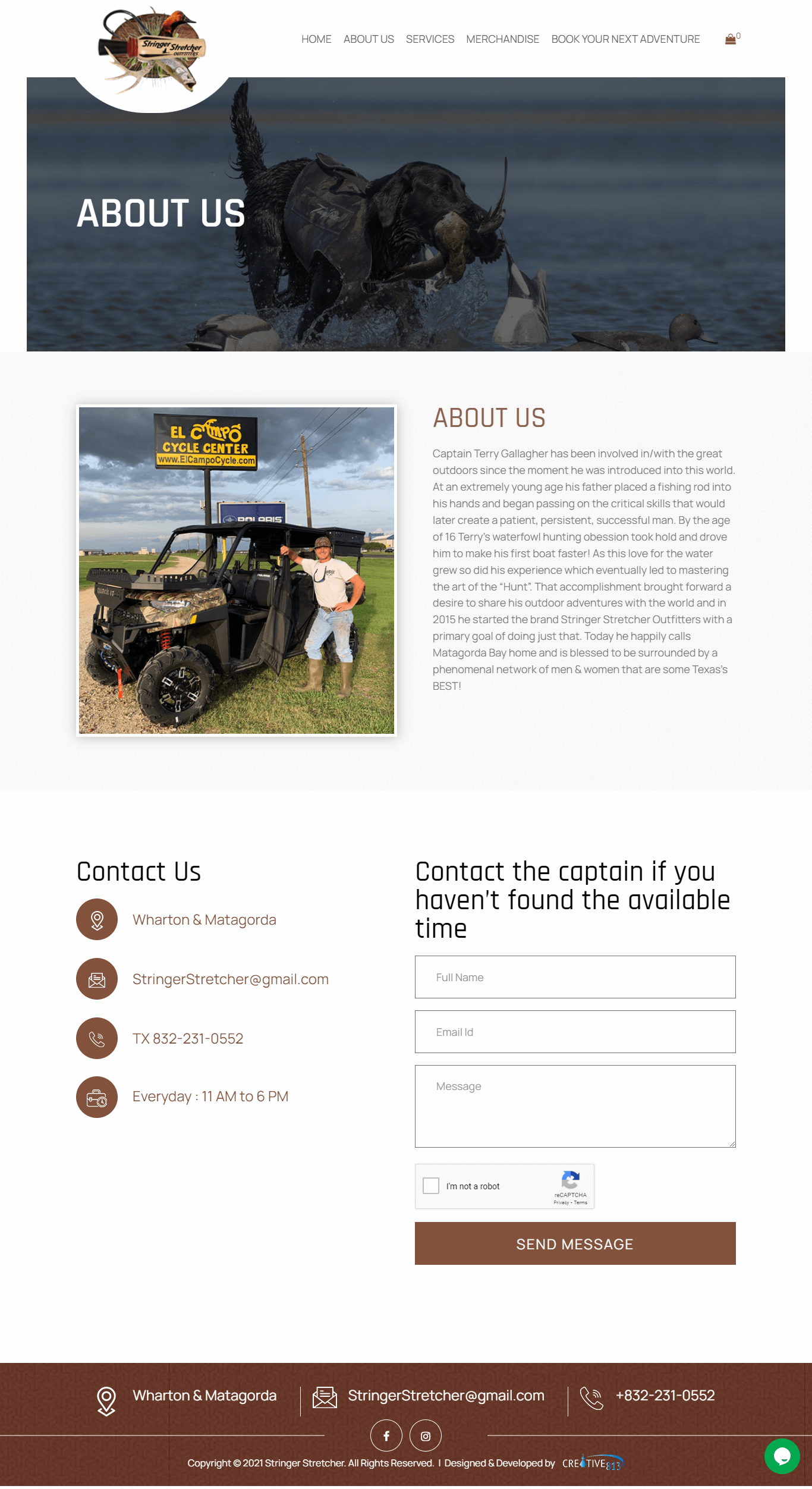 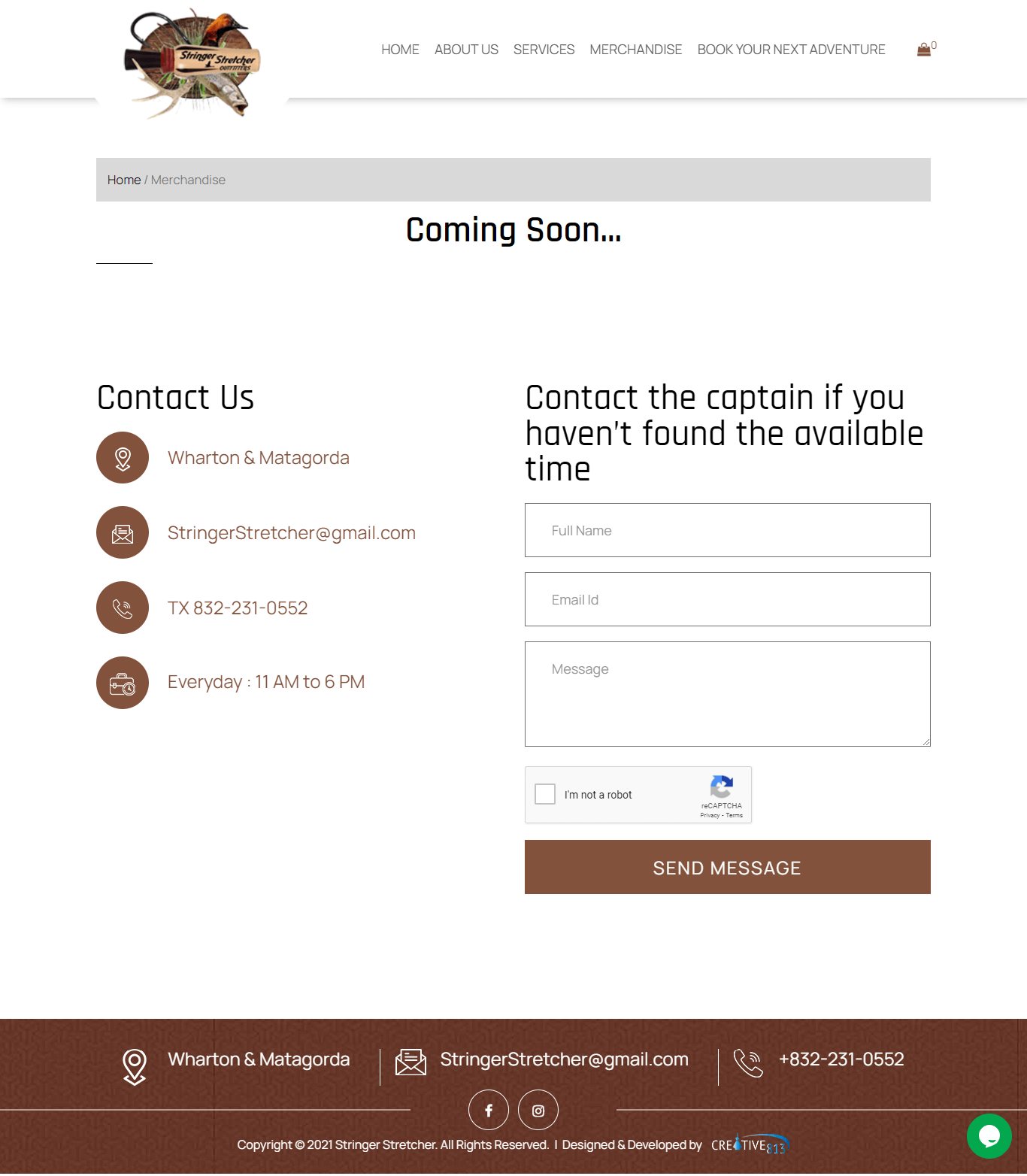 Captain Terry Gallagher has been involved in/with the great outdoors since the moment he was introduced into this world. At an extremely young age his father placed a fishing rod into his hands and began passing on the critical skills that would later create a patient, persistent, successful man. By the age of 16 Terry’s waterfowl hunting obession took hold and drove him to make his first boat faster! As this love for the water grew so did his experience which eventually led to mastering the art of the “Hunt”. That accomplishment brought forward a desire to share his outdoor adventures with the world and in 2015 he started the brand Stringer Stretcher Outfitters with a primary goal of doing just that. Today he happily calls Matagorda Bay home and is blessed to be surrounded by a phenomenal network of men & women that are some Texas’s BEST!

Like what you see? Lets setup an appointment so we can show you what we can do for you