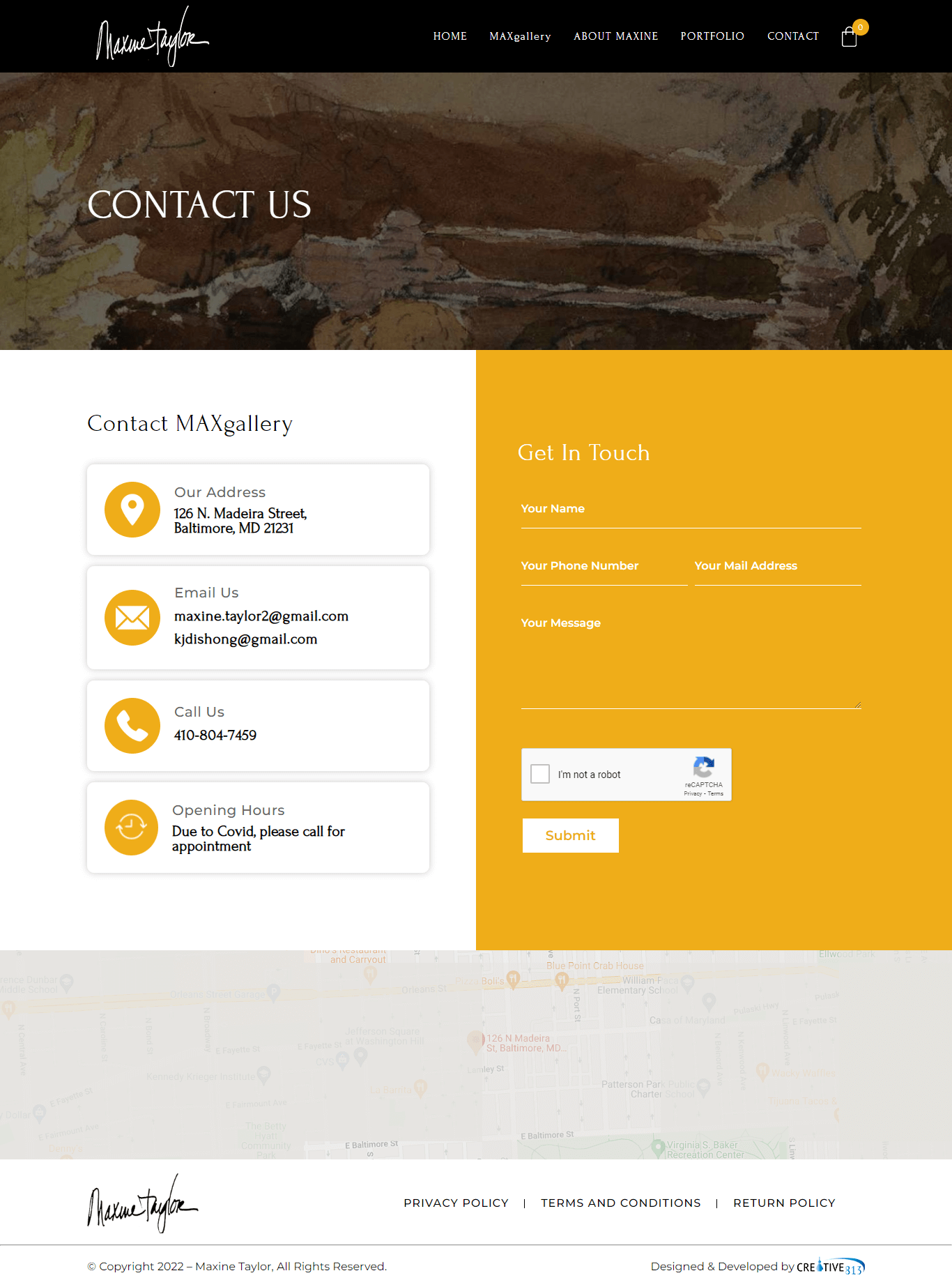 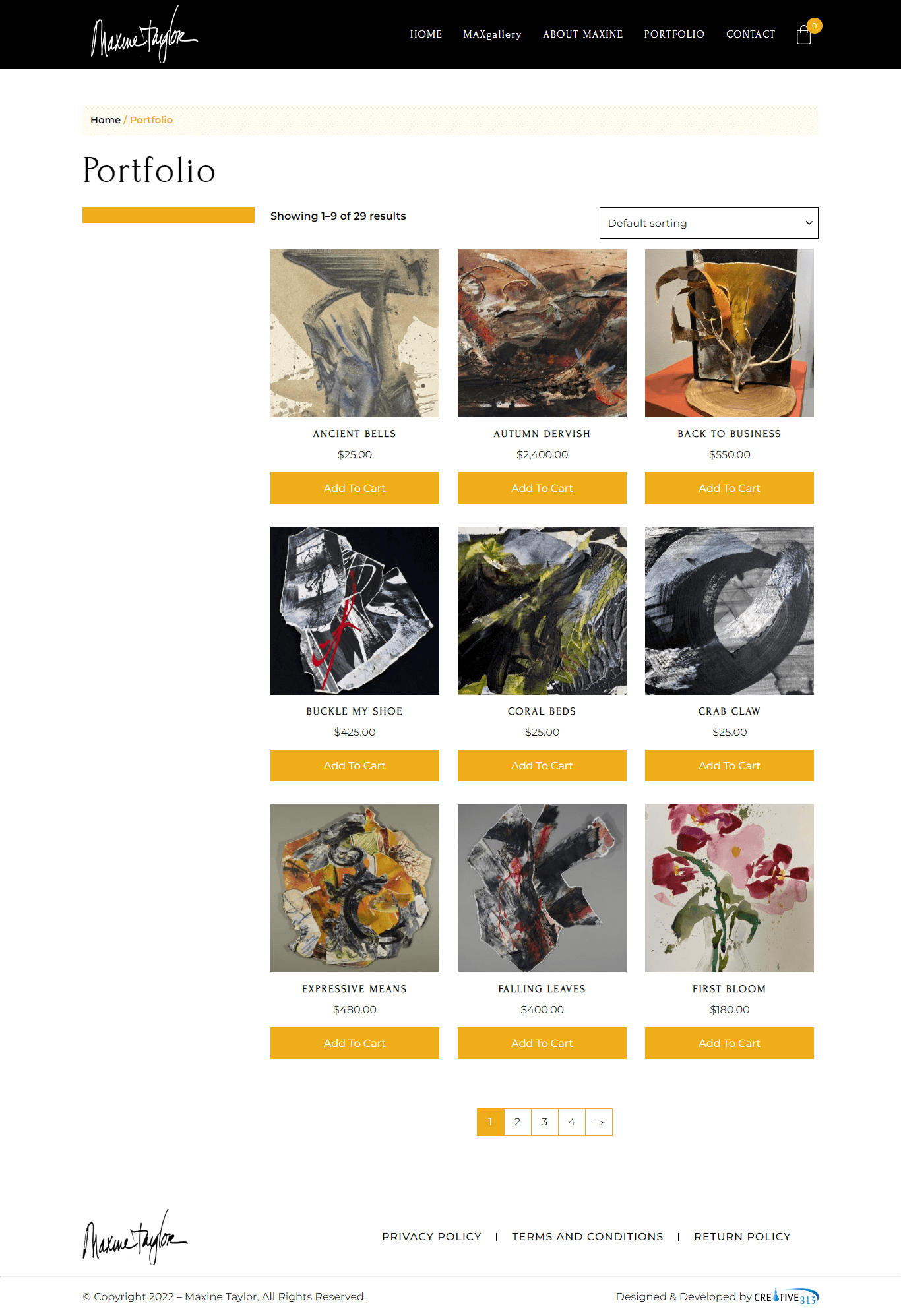 A native of California, Ms Taylor moved to Maryland more than 40 years ago where she began to paint seriously, first in watercolor and subsequently acrylic and mixed media. Formerly a member of Studio Gallery in Washington, DC from 1991-1997, Maxine is now a resident of Baltimore, Maryland, where she was represented by Montage Gallery from 2003-2010. She has work in collections in California, Florida, New York and Maryland, including 18 works in the George Meany Center for Labor Studies formerly in Silver Spring MD.

Maxine continues to exhibit regionally in Maryland. She was instrumental in the creation of Passageways Artist Studios in Riverdale MD and a participant in the formalization of the Artists’ Gallery in Columbia MD before her move to her current studio in Baltimore. Maxine has participated in the Artscape Gallery Network since its inception, originally one of five showcase galleries for the 2013 Artscape Event in Baltimore, as MAXgallery, showcasing 10 other artists’ work along with her own. Although she continues to exhibit and paint, she is also becoming involved with organizing community exhibit opportunities for both herself and others.

Like what you see? Lets setup an appointment so we can show you what we can do for you